The Benefits of Urban Data Platforms for Smart City Development

Urban data platforms (UDPs) are helping smart cities to evolve. These platforms serve as the supporting pillars for many smart city applications. They can map, combine, and store data from a wide range of sources, and process them to help form practical solutions to city-wide problems. Urban data platforms are an important part of any smart city ecosystem, taking data from government sources, private enterprises, NGOs, and members of the public, to help provide data-driven solutions that benefit everyone.

Despite a growing interest in Big Data and urban data platforms, we are still a long way from unlocking the full potential that UDPs can deliver. Currently, the European Innovation Partnership on Smart Cities and Communities (EIP-SCC) is working towards the ambitious goal “to speed the adoption, at scale, of common open urban data platforms, and ensure that 300 million European citizens are served by cities with competent urban data platforms, by 2025.”

Currently, progress is being made, but cities will have to work harder to achieve that ambitious goal before the deadline. The key to improved implementation is a better understanding of what an urban data platform is, and the many benefits it can bring to cities. 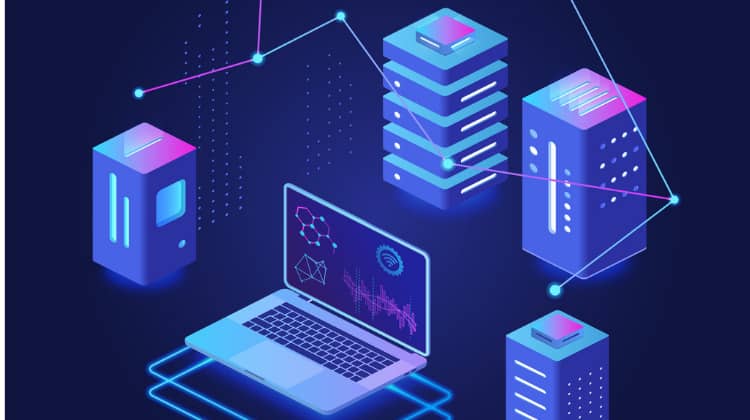 What is an Urban Data Platform?

A UDP is a system that allows digital technologies to assimilate data flows using open source or open standards across a wide range of sectors. These data platforms can be connected to city systems and infrastructure, from private and public sectors. These data streams can include anything from networks of underground infrastructure, air quality readings, or traffic densities. By allowing multiple, connected data sources the ability to share one platform, information is easily accessed and exploited for the benefit of every citizen.

This information is freely accessible to citizens, private enterprises, and government agencies, and it can be used to visualize city services, model accurate projections, bridge information gaps, and highlight services or areas that need improving. By having the information accessible, any group with plans to improve a city service has all the data they need to get started.

Accessible data can help make smart cities even smarter by allowing governments, businesses, and citizens to focus on solutions to social, environmental, and economic concerns.

But there’s more to UDPs than data storage.

Urban data platforms have untapped potential. With so much data, UDPs can be enhanced with the use of artificial intelligence (AI) and machine learning. Ais and machine learning algorithms and software can help filter and identify patterns from large data sets, and help leaders make informed decisions on policy, infrastructure, and sustainability.

As cities become smarter and more Internet of Things (IoT) systems are installed across municipalities, with more and more citizen-shared data being uploaded to these UDPs, the free flow of information between cities and citizens can only bring benefits to all stakeholders.

How Are UDPs Improving Cities?

UDPs, AI and IoT technologies, and Big Data are essentials for modern urban development. Armed with the right data, leaders can formulate advanced solutions that are feasible and affordable to address complex problems. This is important because an estimate from the UN has predicted that around 68% of the world’s population will reside in urban areas by 2050. With more citizens living in municipal areas, cities will need to become smarter to better serve their residents.

The possibilities for city data uses are endless, and those possibilities are growing by the day. As data networks grow, and more data is collected, the number of ways that data can improve cities grows exponentially. Here are some examples highlighting how UDPs are improving cities already:

Crowdsourced data maps can be used to improve traffic flow and urban mobility safety in cities. Real-time data can be flagged and uploaded by drivers via traffic quantifying tools, warning other road users of congestion. This data can also be used by governments to identify areas where traffic congestion is worse than others and implement a solution, such as building a diversion or providing new public transport infrastructure, to prevent further traffic buildups in the future.

Similarly, user-generated data sites such as badintersections.com allow users to flag particularly dangerous sections of roads, increasing awareness of high-risk areas to drivers and other road users. This data can also be used by city planners to find safer solutions when building road infrastructure.

Improvements have been made to street lighting in many modern smart cities thanks to data provided by UDPs. For example, Copenhagen’s leaders successfully implemented a new street lighting management control system using big data. This resulted in boosting energy efficiency, lower operating costs, and improved public safety. The use of connected data platforms allowed the city to experience improvements across multiple sectors with ease.

The widespread use of social media and smart technology has also allowed for an increase in data from those digital channels. Crowdsourcing data for public safety purposes is an enormous opportunity and one that has been employed to help map incidents and find collaborative solutions to safety concerns in many cities across the world.

Improved spending is arguably one of the biggest aspirations for governments using urban data platforms. Data can be used to identify trends, streamline services, maximize efficiency, and ultimately, reduce costs. Examples include the city of Charlotte in South Carolina. There, the government was able to work with energy providers, harnessing data collection to improve the city’s energy efficiency. The result has been a saving of more than $10 million since 2011.

Saving is one thing, but data platforms can also generate revenue for cities. IoT services can reduce parking fraud, or implement more effective road toll systems, to name but a few.

Adopting an urban data platform has many benefits. For example, the port of Rotterdam is implementing a digital twin of the city that encourages citizens to co-design parts of the city in collaboration with city planners, using the platform as an all-inclusive testbed for ideas. However, despite all the positive benefits from UDPs, implementation is not without its challenges.

The Importance of Open Source Tools

Developing hardware and software that can collect data is one thing, but allowing it to interact and share that data with other systems can be a challenge. Similarly, accessing existing data can be frustrating if you’re not in possession of the software to decode that data. It’s all very well having open data that any member of the public can access, but if they can’t scrutinize that data or use it to serve a purpose, it’s almost useless.

Fortunately, there is a solution to these problems: open-source data, and open-source code.

According to the Open Knowledge Foundation, open data is “is data that can be freely used, re‐used and redistributed by anyone –subject only, at most, to the requirement to attribute and share alike.”

Many large tech companies are working together to produce open-source software. This industry-wide initiative brings together developers and computer scientists to build a common set of tools and software that can be used universally. Linux’s Urban Computing Foundation is one of these mass innovators. Using data from several partners, including IBM, Google, and Facebook, the foundation plans to build universal tools and platforms that can be accessed by private and public enterprises, and individual citizens, to help find solutions to urban problems.

FIWARE is an exciting open-source urban data platform that’s helping to make cities smarter. It’s an initiative that aims to streamline the way that city’s collect and manage data and define a universal set of standards that can be adopted by cities across the globe. By setting universal standards, Fiware hopes to break down information silos and maximize the potential of data. Similarly, by adopting a universal standard, it will make idea sharing between cities much easier and facilitate innovation.

Currently, Fiware’s framework is being used in a number of exciting ways across the globe. A prime example of how open data platforms have benefited cities is the company’s partnership with Portuguese tech firm Ubiwhere. Together, along with other partners and a team of experts, they created Citibrain: an integrated IoT solution that could maximize the potential of data across a wide range of smart city areas. For example, it uses sensors from separate pillars of the city and uses that data to provide better and far-reaching solutions. By making the data accessible, rather than stored in compartmentalized silos, it’s now possible for city authorities to use data from a wider range of sources, measuring the mobility of people and goods, environmental concerns, and public safety in real-time to make better-informed decisions.

This urban data platform is currently deployed in Porto, Aveiro and Lisbon, and it’s already making an impact.

In short, UrbanPulse is an innovative integrated IoT solution that allows one authority to centrally manage, control, and collate important urban data using a single toolset. From these examples, the benefits of finding a uniform set of standards for data collection and processing are easy to see.

Other open-source initiatives, such as CityOS, provide citizens and governments with a full library of open-source software, APIs, and ready-built apps that all parties can use to develop smart city ideas from scratch. By giving everyone equal access to data sets, tools, frameworks, and customizable templates, it encourages innovation across all sectors.

A study from the European Commission found that 70% of surveyed cities that had adopted urban data platforms now use open standards to further develop their platforms. By giving everyone access to the same tools, a higher level of trust can be built between private and public sectors, and between governments and their citizens.

Access to large data pools can help cities make informed decisions and develop ideas that truly benefit the people. However, data has to be treated with care. By making it available for everyone to use, it sets a level playing field and nurtures trust between all parties. It also has to be safe and secure, and all of these banks of freely accessible data must have any identifiers removed from them. Data security will always be a hot topic as long as governments have vast stores of public data. Providing that the correct security measures are taken, urban data platforms can truly help smart cities become smarter.

Join us on our mission to make cities smarter!
Urban Data Platforms drive the development of smart cities and communities and are important foundations for any smart city ecosystem. Explore smart city solutions and share expertise with thousands of peers. Join the global smart city network and community! 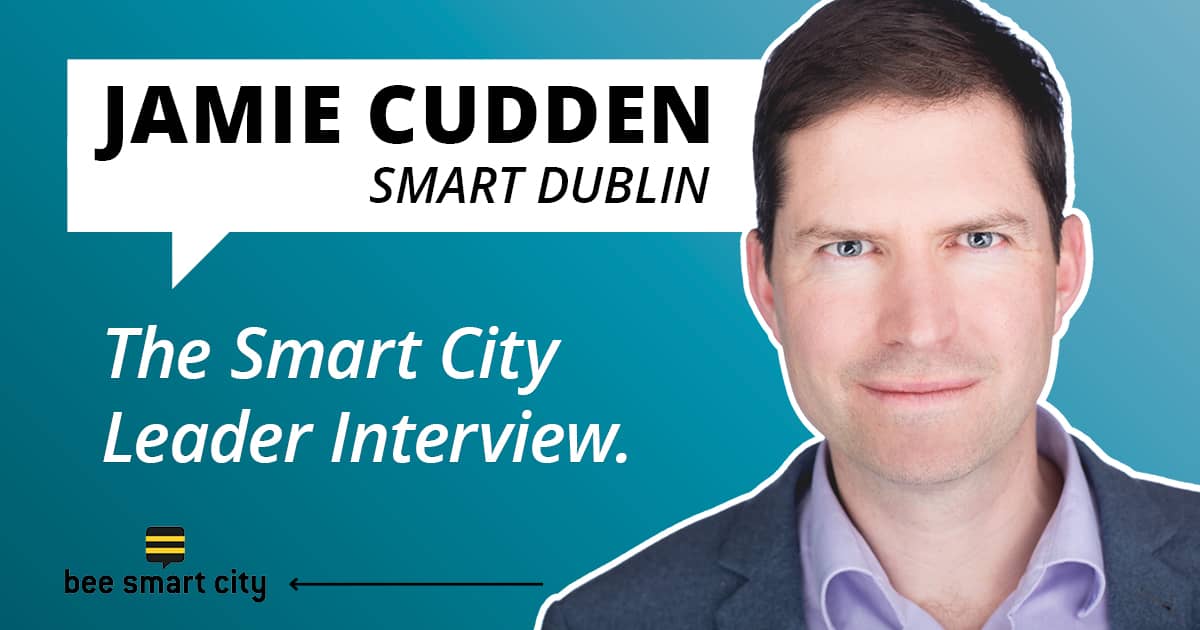 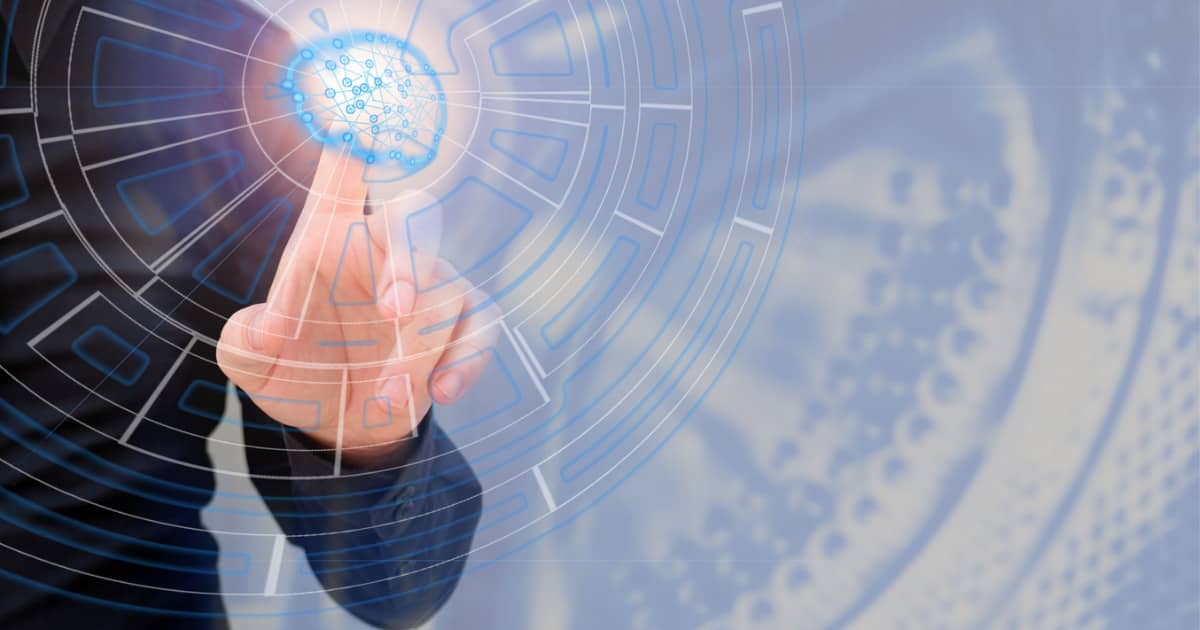 The Impact of AI on the Smart City Movement