By 2050, it is estimated that roughly 70% of the world’s population will live in cities. With more citizens to serve and a climate that is rapidly degrading, public service efficiency and effective resource usage are becoming pressing issues for cities.

Big tech companies talk a lot about how the solutions to these issues can be found through their innovative new technologies; however, while technical tools are indeed necessary, cities should ensure that their smart city strategy is holistic, multifaceted and, most importantly, citizen-centric, if they want their efforts to bring fruitful results. A contextually adapted and citizen-centric approach, using both human and technological resources, can bring multiple benefits for municipalities, particularly those that are struggling with specific problems - such as inefficient waste management systems, lack of civic participation, or traffic and congestion. In this article, we take a closer look at the advantages of smart city development and lay out the six core benefits of smart cities.

A white paper published by ABI Research in 2017 predicted that smart city technologies could save enterprises, governments and citizens worldwide over US$5 trillion annually by 2022. Indeed, increasing the use of automation, artificial intelligence, data-sharing, analytics, and sensors by both businesses and authorities is massively improving the efficiency of public and commercial operations, ultimately leading to huge cost savings.

The City of Barcelona, for example, saved more than 75 million euros by adopting IoT-driven smart water, lighting, and more in 2014.

Citizens also stand to financially benefit from smart cities. Smarter, greener modes of transport, such as cycling and electric car-sharing, and technologies that make journeys more efficient, such as Waze and Citymapper, save people both time and money. Citizens themselves also fuel smart city development, saving each other money, for example, through exchange apps and platforms founded on the sharing/circular economy concept - such as Olio and Depop in the UK, Wallapop in Barcelona, and Jaspr in Berlin.

“City councils in particular, who are often strapped for cash, can benefit massively from investing in smart city technologies - seeing both immediate and long-term cost savings that allow them to increase their budgets in other crucial areas of work - such as social welfare”, states Dr. Alexander Gelsin, Managing Partner at bee smart city.

As mentioned above, smart city technologies, such as IoT-enabled water management systems, smart mobility management tools, and smart energy grids, improve the efficiency of city operations and services, thereby reducing energy and water consumption, cutting down traffic and congestion (and in turn carbon emissions), and improving waste management. The City of Chicago, for instance, has put in place a so-called “Array of Things” initiative, installing sensors and cameras on street lights in order to measure air quality, sound levels, temperature, water levels on streets and gutters, and traffic. This will act as a holistic “fitness-tracker” for the city, helping city operators to identify ways to save energy, use their resources more effectively, address environmental issues such as urban flooding, reduce waste production, and improve living conditions for citizens. Technology can also be employed to actively reverse climate change in cities - for example in Beijing, a city notorious for its high air pollution levels a 23-foot-tall air purifier that vacuums up smog, filters the bad particles and releases clean air is currently being tested.

Furthermore, technologies such as big data can be utilized to engage citizens and encourage more environmentally friendly behaviours. For instance, in Seattle, the Trash Track project, attaches tags to the trash and then gives a select number of the city’s citizens the capacity to ‘follow’ it as it moves through the city’s street sanitation system. Many participants in the project say that it has led them to realize that their habits, such as buying plastic water bottles, result in direct environmental degradation, as they watch their trash move from their home directly to the landfill. This project thus demonstrates that technological tools that facilitate information-sharing and raising awareness can be used to stimulate behavioural change, leading to greater civic climate action.

Intel estimates that smart city initiatives could save each global citizen 125 hours a year. A lot of this would come from reductions in traffic and congestion: the average peak-time vehicle speed in cities is currently 4 mph, causing drivers to lose up to 70 hours per year. Smart cities with integrated IoT-enabled infrastructures, which lead to better traffic management and therefore quicker and safer roads, could therefore give drivers up to 60 hours back annually.

A more radical option, over and above simply cutting traffic and congestion, is the shift away from private vehicle usage towards car-sharing technologies, such as Journify in Spain or Zipcar in the UK. As Carlo Ratti, Director of MIT Senseable Lab, notes, “cars are idle 95% of the time”, meaning that every shared car could effectively replace between 10-30 privately owned cars. Self-driving vehicles, a step into the near future, also promise to make vehicle usage more efficient, creating a city with one-fifth of the number of cars in use today. Car sharing and autonomous vehicles will be highly efficient, not only saving time but also materials and energy.

If the city is historically a communicative space, as highlighted by Lewis Mumford in his work The City in History: Its Origins, Its Transformations, and Its Prospects (1961), the Internet of Things, cloud computing, and big data, among other technologies, are making it even more connected. The IoT in particular is creating real-time, continuous communication between humans, and static and mobile objects - from smartphones to alarm clocks, to buildings, bridges, trains and trucks. This allows city operators to more comprehensively manage and monitor their critical assets, and improve citizens’ lives through, for example, reduced traffic and quicker emergency-response times.

Greater connectivity, through technologies like Google Hangouts and Skype, moreover, eliminates the need for unnecessary travel, saving people both time and money, and allowing them to connect with those on the other side of the city in real-time. Connectivity between citizens and governments is also more fluid in the smart city, where feedback apps, such as Ctzen Inc, allow citizens to report incidents and issues in their local area to the municipality through their smartphones, and civic forums, such as 'Better Rekjavik', give citizens a direct line of communication with their local authority, improving citizen-institution relations and social cohesion.

Smart city initiatives that prioritize people - both residents and visitors - above all else will improve the quality of life for everyone in the city. More efficient transport services, smart parking apps, digitized government services, and even simple things like public WiFi and smart street furniture with charging points, for example, often have a direct positive impact on citizens’ lives because they are created specifically with people’s needs and experiences in mind.

The city of Barcelona is an example of how a holistic, inclusive smart city approach can improve life quality for all: by creating an autonomous smart bus network and offering free citywide WiFi, Barcelona leveraged its power as a municipal authority to put in place initiatives that encouraged its residents to drive less, walk more, and get out and explore their local area. As a result, pollution levels decreased, obesity rates dropped, and residents reported feeling more engaged with their locality.

This is only an example of the many benefits that a citizen-centric smart city vision can bring to a municipality. There are opportunities across almost all political issues - from housing and transportation to educational services and environmental conditions, to health, happiness and well-being, through to community relationships and social cohesion. Smart city projects should not be confined, therefore, to obvious areas - such as improving the physical and digital infrastructure of the city - but should be applied, perhaps in a more radical way, to specific problem areas that the city faces, even if they seem unrelated to the ‘smart city’. This will ensure that smart city strategy truly improves urban life quality in an inclusive and equitable way.

Smart cities attract more businesses, thereby boosting their economies and reducing unemployment. This is because businesses flock to cities with smarter infrastructure because it lowers their operating costs, thereby improving their profit margins and opportunities for growth. Smart buildings, for example, save businesses huge costs - smart windows alone can save up to 26 per cent on cooling and 67 per cent on lighting costs. There are also some indirect benefits of smart cities that help to bolster the economy. Smart initiatives in, for example, education, help to train the population to be more appropriately skilled for the job market. Startup hubs, such as those in Antwerp created as part of an overarching smart city strategy, might help to facilitate the acceleration of new businesses in the city. Moreover, cost savings made through rendering city operations more efficient leave spare funds for other areas of city life - meaning more money can be invested in community welfare projects, education, mental health, and other areas that help to give all members of the community the opportunity to gain access to workplace skills and be financially self-sufficient. Smarter cities thus help to build more resilient, stable economies that are naturally intertwined with community sustainability and citizen’s welfare.

Becoming ‘smart’ does not just involve investing in the shiniest new machines; municipalities looking to improve city operations at the same time as the civic quality of life need to focus foremost on their communities. IoT platforms and demand-price responsive traffic meters are all well and good, but if they don’t tackle the problems at hand or actively improve citizens’ everyday lives, then they have no purpose.

“This is where collective intelligence is key: cities must take a collaborative, holistic approach to make their city smarter, keeping their projects transparent and relevant through working with actors across society - from big tech firms to local community groups”, Bart Gorynski, Managing Partner at bee smart city concludes.

Smart city innovation, like all urban development and redevelopment, is a political process; it should not be left in the hands of tech companies alone. Residents must therefore hold city leaders to account for their efforts and their implications; and in turn, cities must actively engage their communities in the process of making the city ‘smarter’. This process should, after all, improve everyone’s lives, not just ease government functions.

A SUSTAINABLE SMART CITY IS A COLLABORATIVE CITY
Smart cities that capitalize on collective intelligence, taking a multi-agency approach, will reap the key benefits in the long term. You can find examples of cities that share a collaborative smart city vision in the global smart city network of bee smart city, a platform that contains hundreds of smart city solutions implemented in more than 1,000 smart cities and communities globally. 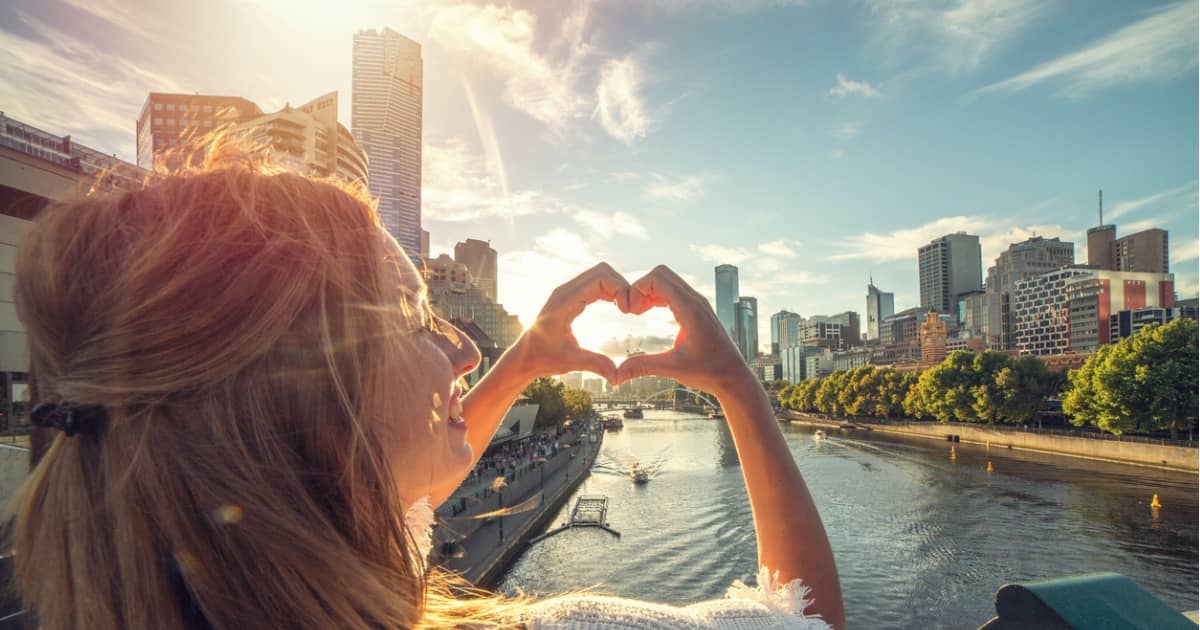