The Forks, the number one tourist destination and historic site in Winnipeg, capital of Manitoba, overlooks the crossing of the Red and Assiniboine Rivers, where humans are said to have gathered for at least 6000 years. When Winnipeg had its first council meeting as an incorporated city in 1874, it had a settled population of just 3700. It is now larger by around 300,000 people than Hamilton, its fellow Canadian city on the ICF's Top 7 shortlist for the 2018 Intelligent Community of the Year.

Over the next 20 years, Winnipeg anticipates a growth of around 200,000 people to reach a six-figure population. In order to accommodate that change in an inclusive and citizen-centric way, the city introduced OurWinnipeg, a 25-year holistic development plan based on survey feedback from its residents that covered city services, health and quality of life, transportation and mobility, and all aspects of sustainable growth management. The initial survey was conducted in 2009, but the city is now calling for an update to these responses to re-evaluate this plan. Feedback can be provided by attending special events or responding to the online SpeakUpWinnipeg surveys, allowing all citizens a voice to shape their city’s future.

The Manitoba Internet Exchange (MBIX) is representative of the important steps being taken to drive this smart city forward. This non-profit, local internet exchange point (IXP) was established by a group of four businessmen back in 2011, in an attempt to improve upon the slow, expensive, and unreliable internet service experienced due to being routed exclusively through points outside the province. Currently operated by volunteers from two locations in Winnipeg, MBIX has enabled fast and direct internet connections between participating members – attracting the likes of Les.Net, Packet Clearing House, and Hurricane Electric – for a flat fee of 1200 Canadian dollars per year. MBIX offers a variety of internet services, including caching through the web performance and internet service company Akamai, and its member Hurricane Electric, a global ISP, offers much cheaper internet transit than pre-existing providers in the city.

Such improvements to broadband connectivity are the first steps toward supporting the growth of local businesses and attracting new ones, including startups, to the city. The next logical step is to ensure that access is available to all citizens. With an eye on the digital divide, Winnipeg has engaged its public libraries to host free-to-use computers with certain software licences and free internet access. Currently 350 computers are available to residents across the city.

The Power of the Public Library in Winnipeg

Winnipeg’s librarians have been busy. As well as offering free training in the use of internet search engines, email, and the MS Office software packages made available through their free-to-use computers, they have developed a suite of smart city solutions in the form of internet-based learning databases to engage and inform the city’s residents. The databases, made more accessible and navigable via the libraries’ online resource guides, offer important and fundamental topics such as health, employment, languages and indigenous resources.

Self-checkout systems, already familiar in large supermarket chains around the world, are helping citizens to get the maximum usage out of other library resources, and the smart lockers trialed first in Winnipeg’s West End Library can provide access to pre-ordered items even once the library building is officially closed. But nothing that is online truly sleeps: the Winnipeg Public Library app (‘WPL to Go’) ensures that the library catalogue can be searched and items placed on hold at absolutely any time, as well as indicating the closest branch to the user and providing convenient access to other library information and services. The library’s online query tool also tracks questions and answers, to aid in the further refinement of its services or to provide ideas for new solutions with a clear citizen-centric focus.

On top of the resources available in Winnipeg’s public libraries, the public drop-in Wii Chiiwaakanak Learning Centre at the University provides free-to-use computers, alongside programs to aid with homework and programs in traditional language.

Another smart city solution in support of Winnipeg’s indigenous community is the Digital Voices Project, which focuses on the multimedia digitization of traditional oral storytelling. Beginning life at one of the city’s secondary schools, the project offers training in digital skills for students, toward the creation of their own personal multimedia stories. On a larger scale, Winnipeg’s Aboriginal Peoples Television Network (APTN) and its youth-oriented spinoff, the APTN Digital Drum, target the area’s indigenous residents, supporting the expression of their cultural identity.

A different sort of networking solution is connecting education institutions and industry, driving partnerships between the University of Winnipeg and businesses which serve as potential employers, in order to help the city to develop and hang on to its highly skilled workers. One such partnership sees the Composite Innovation Centre (CIC), a public-private R&D concern with a focus on high-performance agricultural composite technologies and their supply chain development, offering on-the-job training programs for local students.

In a similar way, linking experts and mentors with innovating entrepreneurs, the non-profit North Forge Technology Exchange supports Winnipeg’s diverse economic development with a two-step program that guides and trains startups and helps them to find the funding they need. It allows access to the equipment necessary for fabrication and prototyping, as well as digital support such as cloud hosting, web and file servers, and the UX lab to provide support with usability testing and stakeholder interviews. Maker spaces, market intelligence support, and an information and communications technology (ICT) lab are also on offer. The agency was born through the collaboration of four other project groups, The Eureka Project, AssentWorks, Ramp Up Manitoba and Startup Winnipeg, and has helped to start at least 75 new businesses, generating millions in revenue and creating new employment.

The North Forge Technology Exchange also helps to sponsor the Manitoba Open Innovation Challenge, engaging the city’s residents to innovate on a given problem in a similar way to a hackathon encouraging smart digital solutions based on data. The current challenge, which opened in November last year, tackles the issue of childhood literacy and numeracy, an area where Manitoba falls somewhat behind other Canadian provinces. Participants were asked to register and take part in an information exchange session, and then finalized ideas for solutions could be submitted via an online portal. Ten semi-finalists were selected to present their ideas to a judging panel. Now, as phase two of the challenge begins, the winning innovators, either working in teams or as individuals, have the opportunity to develop a prototype of their solution, followed by a year of field testing. The final winner of the challenge will be announced toward the end of 2019, with a solution that will hopefully solve an important problem for the community.

“Winnipeg’s North Forge Technology Exchange acts as an enabler, connecting entrepreneurs with experts as well as the infrastructure and funding to get them started. This sort of startup ecosystem ensures economic development for the city”, says Thomas Müller, Co-Founder of bee smart city.

The North Forge also runs innovation camps, such as the Ramp Up Weekend hosted at the start of June this year. The eleventh of its kind, it will gather designers, developers, makers and entrepreneurs toward the creation of a minimum viable product within just 55 hours. With the possibility of generating new startups hovering tantalizingly in the background, participants have the opportunity to pitch their ideas in front of the sponsors of the Weekend, increasing their own brand awareness among the group and creating supportive and mentoring links between new and established businesses in Manitoba. Mentors attending the Weekend provide guidance to the innovators as they work, with expertise in everything from marketing to finance to legal to manufacturing.

In 2016, to accommodate these many new innovation projects and startups, the city of Winnipeg set aside Innovation Alley, a space in the west of the historic Exchange District where the North Forge had already made its mark and where an innovation ecosystem could be readily established. Spearheaded by Winnipeg’s current Chief Innovation Officer, Michael Legary, the location is also the former site of the city’s central business district. As an additional attractor, the biggest telecommunications company in Manitoba, Bell MTS, signed up for three years as a sponsor of Innovation Alley and promised that its most advanced broadband and wireless services would first be provided to businesses locating there. As startup growth in the city accelerates to take advantage of the top-level support and infrastructure, perhaps Winnipeg’s historic trading ground may once again become the center of this intelligent community.

Read more on our Intelligent Community Forum Partner Page and register for FREE to the Smart City Solution Database, featuring 460 solutions that have been implemented in more than 400 cities and communities across the globe. 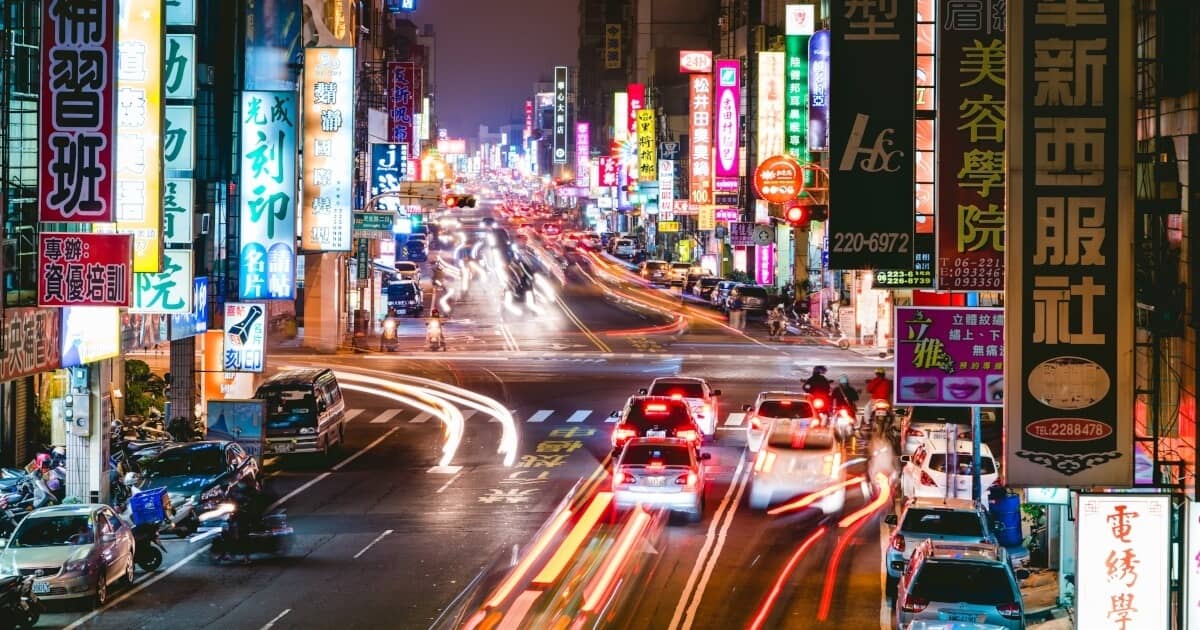 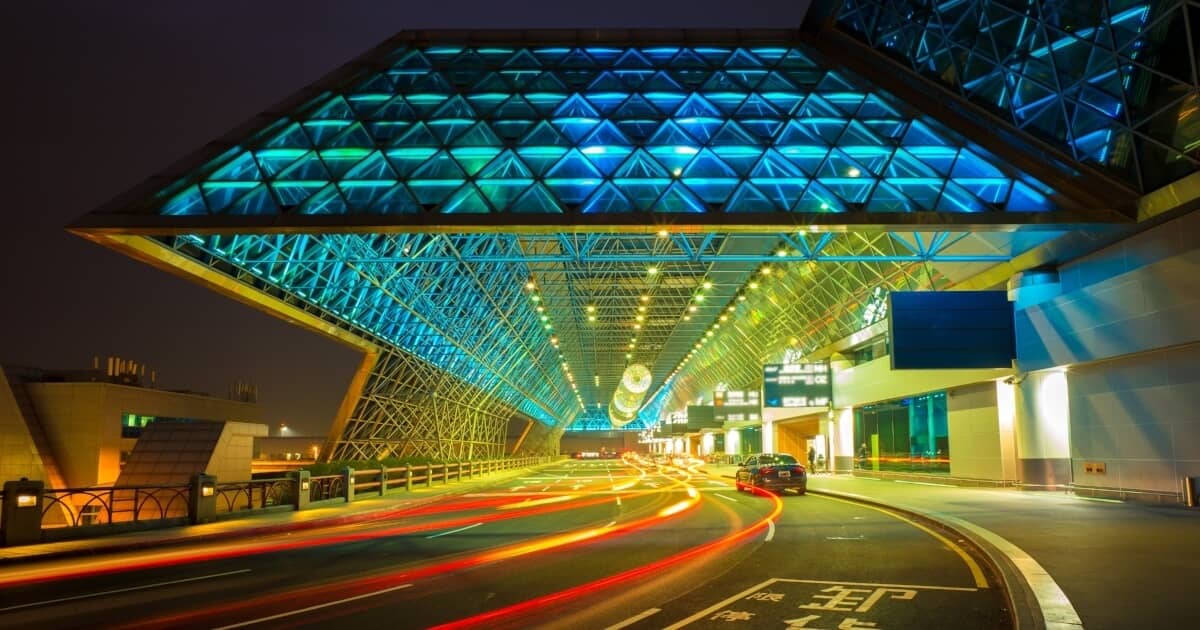