Certain smart cities around the world are leading by example. By examining the solutions that are delivering the highest impact, these best practices can be more widely adopted to replicate their success. This smart city portrait provides an overview on the smart city strategy and intelligent solutions implemented in the City of Toronto.

Toronto, Canada's largest city, has long been working on becoming smarter, being awarded the "Intelligent Community of the Year" by the Intelligent Community Forum in 2014. In 2015 the city made a big leap through a partnership with CityZenith. With a citizen-centric approach and the recently announced partnership with Google's Sidewalk Labs, the city now aspires to take another big leap forward to become one of the smartest North American cities.

The project, being called ‘Sidewalk Toronto’,[1] will bring technologists and urbanists together in a top-down approach which they nonetheless promise will apply a wealth of smart city data to create more citizen-centric smart city solutions than their competitors at IBM and Cisco. Citizen-centricity is a critical focus for the success of a smart city, as explored previously by bee smart city.[2]

As one might expect from the internet giant, the road to Quayside’s transformation will be technology-driven, incorporating smart sensors and devices into the very architecture of the new buildings, re-thinking the way that people interact with their environment and providing plenty of feedback to illuminate what works and what doesn’t. The district will become a ‘living lab’ as data is collected on every aspect of the new Quayside life.

Successful solutions developed for the Quayside neighborhood will then be scaled to the nearby 800-acre Port Lands.

The partnership has certainly made some controversial headlines.

Google is already a player in the smart city market – its subsidiary Nest, for example, sells a variety of sensor devices for smart homes[3] – and Sidewalk Labs its unit dedicated to the design and implementation of smart city development. The startup is already involved in the renovation of some notoriously difficult property in New York City.[4]

Despite misgivings about parent company Alphabet’s motivation behind the project,[5] some stakeholders are already seeing the bright side. Dr. Ann Cavoukian from Ryerson University’s Privacy by Design Centre of Excellence was contacted by Sidewalk Labs and brought on board to help them build the privacy of local citizens into their plans from the very start,[6] ensuring that the project will not overstep any boundaries. In doing so, Dr. Cavoukian thinks that at least one potential concern about this and similar projects could be turned on its head; the Quayside redesign could be used to pilot privacy and security solutions, letting Toronto take the global lead on this important aspect of smart city development.

Toronto as a Base for Innovation

The Sidewalk Toronto project will have an unprecedented capacity to support the scaling up and commercializing of smart city solutions, greatly encouraging potential innovation partners, which they hope to attract from both business and academia. Ultimately, this should bring new businesses to the region, leading to economic growth. Sidewalk Toronto is looking to engage the city’s powerful technology sector for this tech-driven project, and Alphabet is making the first move, literally – it will relocate Google’s headquarters in Canada to the waterfront.

Waterfront Toronto and Sidewalk Labs are also seeking local involvement on an individual scale to generate ideas and shape the project, helping it to capture Toronto’s vibe. The year ahead is designated for community consultation and collaborative planning, with Sidewalk Toronto hosting its first large Town Hall meeting on November 1st, 2017, to meet interested citizens face to face. They envision the Quayside community growing ‘organically’, being designed and built by the people and businesses that will inhabit it.

Central foci for innovation are new cost-saving techniques for construction to achieve affordable housing, climate-positive, sustainable energy and waste management systems, and safer streets through the easing of congestion and increasing of shared mobility options.

Toronto took a big step on its journey toward becoming a smart city back in 2015, when it partnered with another tech firm, CityZenith.[7] The firm designs tools for data management, analysis and visualization – such as its 5D Smart City suite, which visualizes smart city data in real time – helping the city to make sense of its big data collections. These data management tools can help to identify priority issues and the locations or demographics they affect, point to the relevant data, and accelerate the process of designing and testing smart solutions.

Unless the city’s high-tech gadgets and software are used to solve the problems of interest to its people, however, they are of little real value. Toronto knows that it needs to get its citizens involved, and it is taking steps to enable and engage them to do so.

The public library of Toronto, for example, is providing access to some of the latest digital technologies such as scanners and running workshops on the application of 3D printers and Arduino boards, devices that can be used to develop interactive environments. The move ensures that all citizens have an equal opportunity to explore the use of such technologies, putting them in a good position to contribute valuable ideas toward smart city projects.[8] Engaging smart citizens - at bee smart city we call them 'smartivists'[9] - through co-creation or crowdsourcing to develop new solutions can greatly contribute to smart city development.

The city has also handed its citizens the ability to monitor and track their own water usage from any internet-connected device. It has installed automated water meters for every home and business in the city, which have an expected 20-year battery life and can send water consumption information directly for billing and administration without the need to be read on site. The data for smart water management is available upon login to the city’s online MyWater portal.[10]

The affordability of housing is a typical concern for a growing city. Several innovations have already been proposed by Sidewalk Toronto[11] to combat this and other urban challenges or problems:

Not only that, but modular structures can be readily reorganized for new uses, aligning with Sidewalk Toronto’s stated vision of Quayside as a mixed-use space with adaptable architecture. While the concept would require radical new zoning laws, Waterfront Toronto’s chief executive Will Fleissig is quoted as suggesting that the Canadian timber model developed there could even become an export, generating a new industry based on the successful prototype materials they pilot.

Sidewalk Toronto plans to do away with garbage trucks altogether. They imagine instead a network of underground tunnels where automated vehicles will squirrel away the rubbish unseen. Such tunnels could also be used for the transport of goods, freeing the streets from a good deal of commercial and industrial traffic.

Termed ‘weather mitigation’, Sidewalk Toronto wants to extend the livability of outdoor spaces, especially during the cold seasons when it can reach down to -25° Celcius. Ideas to achieve this include heated outdoor surfaces and shields to block harsh winds.

Traffic is a serious problem in Toronto, leading its mayor to roll out multiple six-point plans over the past four years in an attempt to resolve the situation.[13] It therefore makes a prime target for smart mobility projects such as those proposed by Sidewalk Labs: aside from the commercial traffic that their tunnels might clear from the streets, they plan to provide self-driving shuttles, forbidding any privately owned vehicles from driving within the Quayside area, and to use sensors to create smart traffic management, with signals that prioritize cyclists and pedestrians.

The city of Toronto has already introduced incentives to reduce private car usage by taking another look at its ride-sharing regulations, which should make things smoother for initiatives such as Lyft.[14] An app-based taxi hiring system and competitor to Uber, it announced its intention to begin hiring Toronto drivers and forming a network there to build on the 50,000 locals who had already downloaded its app.

Another smart solution already in progress is the map-based navigation app Waze, which provides real-time traffic information and navigation suggestions to drivers who can, in turn, feed information about congestion and accidents back into the app.[15] The city of Toronto has established a partnership with this popular Google-owned app to exchange any city data about events, construction and road closures for the anonymously collected data about the app users’ locations and journeys. This data-sharing collaboration should help Toronto to design smart transit solutions and improve traffic flow throughout the city. The app itself is by nature a collaboration with its estimated 560,000 Toronto users, allowing this smart solution to develop uniquely according to the needs of the local citizens.

Plans for the Quayside buildings include a ‘thermal grid’, circulating and re-using energy for passive heating and cooling, which should reduce or even remove the need for additional air conditioning. They will pilot smart waste systems, using sensors to automate waste sorting and simplify greywater re-use, freeing both residents’ time and landfill space. Sidewalk Toronto also aims for on-site renewable energy generation, to make the site fully independent, climate-positive and sustainable. Smart environment solutions are an important aspect in smart city development.

"With its strong citizen-centric and holistic approach, further strengthened by promising partnerships with leading solution providers, Toronto has embarked on the right path to becoming one of the smartest North American cities", concludes Thomas Müller, Co-Founder of bee smart city. 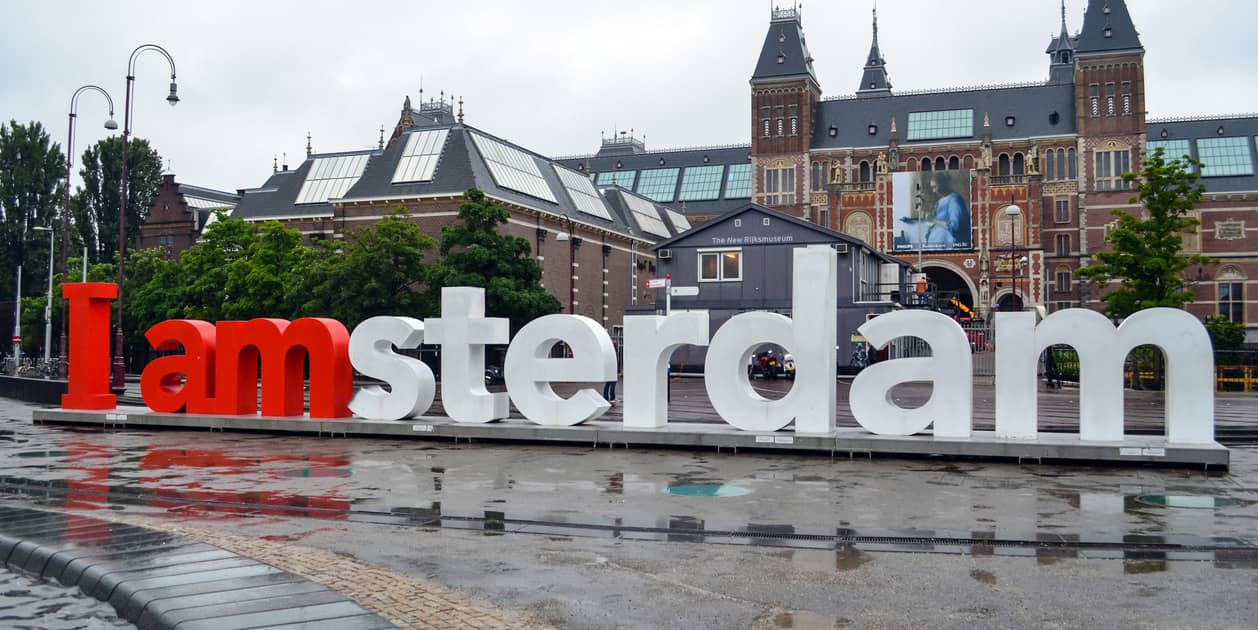